The reflection of Commons as social configurations and civil society structures might lead us to new insights into the resilience of democratic civil society. The article is analyzing the idea and practice of urban commoning through a socio-political lens.

With the nobel price for Elinor Oström commons became a topic of broader interest beyond the small circles of alternative economists or groups experimenting with sharing economy or dealing with sustainability, often on a local level. A lot of people were happy about this new interest. Oströms message was: The world of commons is a world that was always around us and is still existing. But the dominant discourses in capitalist societies with their idea of profit maximation and growing delimitation – these are the relatively new and ideological extremes of our age. In a way some commons sense was coming back to the discourse.

Basically commoning describes, how the collaborative acquisition, maintenance, usage, and development of a source or a public good is taking place by commoners, a group of citizens. Examples for commons can be a field or a spring or an oven in a village, which are the most traditional ones. However, in modern and urban contexts as well cultural houses, urban gardens, educational materials, or services might be seen as urban commons. Knowledge work or artistic work might contribute to creative commons.

Urban Commons as a participatory practice

Commoning aims to strengthen the community offering members an appropriate space for activity, exchange and learning from and with each other. The effect is deepening social relations, building ties between people and more interpersonal trust. In particular in earlier times this was crucial when no modern solidarity systems were existent and cooperative projects were an essential factor of survival. Nowadays commoning as a solidaric practice producing the “social glue” between individuals that are not tied by tradition or family, gains again importance.

Nowadays commoning as a solidaric practice producing the “social glue” between individuals that are not tied by tradition or family, gains again importance.

One might add, in particular in urban contexts where the traditional ties among inhabitants often are weak. According to Tine de Moor during their engagement and through commoning people invest „in direct solidarity and make it more visible again.“ Tine de Moor: 2016: 10 The so generated effect is “undergirding specific reciprocity and mobilizing solidarity.”[PUTNAM: 2000:  22] which Robert Putnam described as bonding social capital. Therefore, the starting point of a commons project is the definition of the boundaries, the criteria for people being in, as part of a set of structures, access points, rules or the participatory culture of a group.

One might distinct commons project from other forms of civic engagement or social innovation in this way: Commons develop the input-aspects of a civic culture through collaboration. They include a reasonable part of civil engagement in form of participation around making a source or a good accessible, maintaining or developing it further. In this sense they distinct from all actors, taking care of output mainly – delivering products or services involving only very limited participatory practice.

The core of Commons is in fact a productive practice of “commoning”: “The wealth generating process of commoning lies not in producing things or in high return rates. It‘s all about the creative process and the fair distribution of the wealth reproduced in the commons.” Silke Helfrich: 2012

Participation describes the whole range of activities citizens and in particular group members undertake in order to express their opinions and exert influence on social decision-making – whether it’s in politics, economics or in a commons project. Gawinek-Dagargulia: 2014. The following table shows the different qualities of participation in civil society and state. Often projects and organizations pretend to use “participatory methods” but in fact they describe how they inform or consult citizens in a more or less interactive way, making use only from a low quality of participation. But like the steps of participation show, the ideal of empowerment is to enable citizens for more ambitious forms of participation like partnering, co-creation or co-governance.[Arnstein: 1969] Or in other words: You might enjoy the dish, in example in a neighborhood kitchen project, and in a commons project it should be allowed and even intended that one might as well learn and practice cooking, composing the dishes, or co-organizing the activity.

Commoning combines the access and maintenance of a resource with collective citizen involvement. From this perspective, it is a practice of self-empowerment in which citizens acquire despite the needed specific competence connected to a certain good or source (like gardens, houses, transport verhicles…) civic competence – competencies for public engagement and cooperative organization.

The term empowerment here implies that the negotiation of rules and the co-creation of structures of commoning not only leads to the learning of new, vital civic skill sets, but also the actively lived practice of sharing and cooperation, seen in sharp contrast to the cliché paradigm of the self-interested homo oeconomicus.

The negotiation of rules and the co-creation of structures of commoning not only leads to the learning of new, vital civic skill sets, but also the actively lived practice of sharing and cooperation, seen in sharp contrast to the cliché paradigm of self-interested homo oeconomicus.

Therefore, commoners often describe their activities as contribution to a ​ greater good, perceiving themselves as shaping through a ​ process of engagement ​ alternative, human-centered solutions for economical, social or cultural problems. They emphasize on ​ alternatives to money as a medium of exchange , ​ what can be described as that they are rather interested in social capital.

Second, they believe that ​cooperation ​ is in effect leading to a better need fulfillment and to a higher quality of outcome as atomized individuals are able to achieve. This normative distinction to other forms of serving public goods or of social entrepreneurship is equipping commons projects with a specific legitimation and ​ democratic quality. German Bundestag: 2002:3f ​Core criteria characterizing such civil engagement from private activities are

Third, from a rights perspective commoning can be seen as a bottom-up experiment where democratic rights and needs are realized (i. e. rights connected to social, political and cultural participation or human rights), where new rights are formulated (like the right to the city or to access to nature), or as a space from where a citizens‘ spirit is enforcing interests and rights (in example promoting the right to the city and empowering people for successful public engagement). This underlying democratic foundations of commons projects open the eyes for the need to achieve ​representation, seeking out to approaching and including the broad diversity of citizens in the urban society.

Insofar commoning can be considered as civic engagement and their project as a social institution for citizens‘ cooperation.

Especially in urban contexts commons projects act in a field with privatization pressure and competitors over common ground, space or money. In order to gain trustworthiness and to distinguish from competitors, projects need to show, how they ensure that the „real“ public character of a source might be preserved through their work Kratzwald: 2012: 82

However, when planting their idealistic ideas with enthusiasm into the soil of a concrete urban garden or in the fundament of a common community house, the internal constitution of a project, its ​ governance and institutional culture ​ play a crucial role for successful maintenance and development. In a way, it is connecting the ambitions and visions with the sometimes demanding and rough ground on what they are growing.

Commons seem sometimes easier to solve this than other forms of engagement or social innovation. One reason for it might be, that commons are not only developing output for, but – like mentioned before – input into the society. In a way a commons-organized bike-sharing system competes with bike-system investors from China. Both deliver bike-sharing to a community. In another way both distinct fundamentally because the investor driven bike system lets society pay with occupation of public space or with data exploitation. In contrast, the commons bike project matches not only bikes with citizens, but as well citizens with each other. Especially under challenging conditions this kind of idealistic and socially driven productivity helps projects to survive.

Furthermore, through their constitutional form projects stabilize or balance different interests and expectations of the different involved persons. During research for our Urban Commons Cookbook we explored a variety of ways, how they organize. Some try to do it in a meritocratic way. The path to becoming a full associate leads from becoming a simple collaborator – in example of a cultural centre – via becoming a member of the association. In Bratislava a system of bonus points regulates access to the public bikes of the project Bike Kitchen (with a preference for local inhabitants). The system motivates people to maintain the bicycles (as supporting the team in maintenance tasks is a way to gain credit on the users account).
In Berlin at the Holzmarkt housing and cultural project there is an elaborated structure of two registered cooperatives and a non-profit association balancing the interests of owners, trusters, users, and public. Or we might take another example from the German capital. The former factory Rotaprint is run by the non-profit company ExRotaprint gGmbH. The owner structure of the non-profit company is 10 physical owners plus a registered association of all tenants renting offices, workshops, or workspace (called ExRotaclub e.V.). Like at Holzmarkt, this hybrid construction seeks to feed the needs of owners (which is a participatory role involving as well material sources) and users/tenants. From the perspective of tenants this ensures that they have insight in the operations and strategies of the company, that they might co-decide as they have a certain amount of votes in the company’s assembly and that each tenant might participate as well strategically by becoming a member of the association. While the owners have the guarantee that their rights and properties are respected. These hybrid constructions are typical for urban projects relating from (expensive and competed) soil or buildings.

The Freifunk project shows us a total minimalistic structure. Its purpose is to provide citizens free access through a coalition of different privately maintained wifi hotspots. The governance and rules are limited to managing the ‘roof brand’ Freifunk only.

Examining the interplay of their commoning attitude, with their participatory culture, and with their organizational structure is helping much better to understand why urban commons and their often idealist configurations are persistent, although their participatory culture seems often to limit their ability to identify innovation or to adapt to changes. In fact, strong input-driven commoners seem often to have the longer breath in comparision to output-driven actors or business-driven social innovators.

In other words: Exploring Urban Commons under this focus would give us valuable insights in the democratic resilience of civil society organizations and enable us to transfer this insights into comprehension and capacity-building of civil society.

This article is sharing some reflection on Urban Commons that will be published in the Urban Commons Cookbook together with Mary Dellenbaugh-Losse. The introductory illustration was designed by Luisa Le Van. 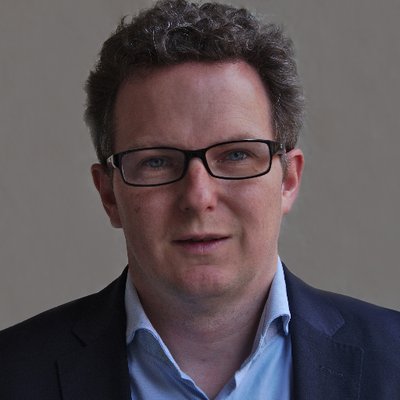